On May 12, the University of North Carolina at Chapel Hill and UNC Kenan-Flagler announced the single largest gift ever from an individual to the business school: an $11 million philanthropic commitment to support a new building for UNC Kenan-Flagler that will allow it to grow the Undergraduate Business Program by at least 50%. The gift was made by longtime Carolina supporter Steve Bell ’67 in collaboration with his wife, Jackie Bell.

The Bells’ latest gift counts toward the University’s most ambitious fundraising campaign in history, For All Kind: the Campaign for CarolinaOpens in new window, launched in October 2017 with a goal to raise $4.25 billion by December 2022.

“This gift from Steve and Jackie Bell is an investment in our students, in our communities and in the economic growth of North Carolina,” said Chancellor Kevin M. Guskiewicz. “Their leadership, vision and generous support enables UNC Kenan-Flagler to continue fulfilling its critical mission to provide an outstanding business education to our undergraduate and graduate students.”

The gift comes at a propitious — and strategic — time in the business school’s history.

Since the business school relocated from Carroll Hall to the McColl Building in 1997, the growth of degree programs has outpaced the structure. In 2020, one year after UNC Kenan-Flagler celebrated its centennial anniversary, the Undergraduate Business Program reached the maximum number of students it can enroll while maintaining the quality of the program, due to space constraints.

Consistently ranked a top-10 program in the U.S., UNC Kenan-Flagler is able to accept only half of its undergraduate applicants each year, despite their impressive qualifications. This gift for the new building will enable the program to increase enrollment in the Undergraduate Business Program. It also will help alleviate other space challenges and benefit learning for students in the M.B.A., Master of Accounting and Ph.D. programs.

“There is never enough money to address all of the needs in our state, and this is even more true in the current economic downturn, but now is the time to plan for our future,” Steve Bell said. “A building expansion is needed now, not 15 to 20 years down the road.”

According to Steve Bell, who grew up in Raleigh, North Carolina, and founded his apartment investment and management company, Bell Partners, in Greensboro, North Carolina, bolstering the University with a capital gift now means the entire state will benefit in the future. In fact, a core value at Bell partners is to “prepare for the future today.”

“The Bells’ gift will create an enduring legacy,” said Doug Shackelford ’80, dean and Meade H. Willis Distinguished Professor of Taxation at UNC Kenan-Flagler. “It is fitting that it both shares and advances the state’s business needs by preparing graduates to be extraordinary leaders who contribute to the organizations and communities where they work and live.”

By removing the physical barriers and enhancing the learning environment for all business students, more students will have the opportunity to attend UNC Kenan-Flagler’s Undergraduate Business Program. An expanded business program at Carolina means expanded benefits for the state’s growing population. Seventy percent of students in UNC Kenan-Flagler’s Undergraduate Business Program ultimately stay in state or return to North Carolina, where they build successful careers and start companies that create thousands of jobs and millions in revenues.

Bell’s gift builds on an initial $1 million investment from the North Carolina General Assembly in 2017 to support the selection of a design team and the start of building programming and design for the capital project. In addition to the State’s investment, the project received an additional $10 million commitment for private funding from another generous UNC Kenan-Flagler donor.

Steve Bell, who received the UNC Kenan-Flagler Leadership Award in 2013, has supported Carolina and the business school through his expertise and generosity for many years. Bell has served on the UNC Kenan-Flagler board of advisors, helped create the Steven D. Bell and Leonard W. Wood Distinguished Professorship in Real Estate, and supported the Leonard W. Wood Center for Real Estate Studies and the Family Enterprise Center. He also supported the expansion of the Rizzo Center, where UNC Kenan-Flagler prepares business people and organizations around the world to meet the challenges ahead. Bell believes this most recent gift could be his most transformational contribution yet.

“This is my most meaningful gift to our great state,” said Steve Bell. “I love our Tar Heel state, and I am proud to help Carolina with a gift that will make North Carolina better, make the economy better and make how we live better.”

Learn more about why the Bells made this historic gift to UNC Kenan-Flagler Business School in “Preparing for the Future Today.”Opens in new window 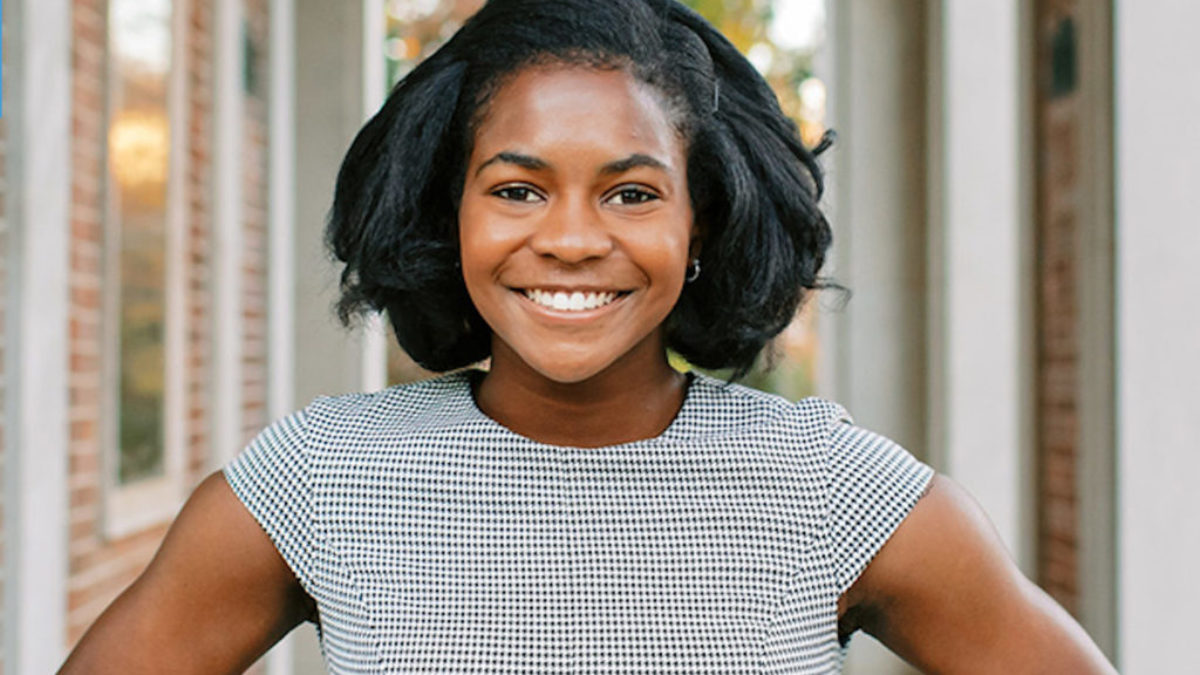 Brianna Pinto balances her studies with her dream of playing on the U.S. women’s national soccer team.