Twenty miles into the Boston Marathon, a notorious ascent tests the wills of thousands of runners: Heartbreak Hill. It’s not actually that steep, but standing in the way of the race’s ﬁ nal miles, it lives up to its infamous name. For Amy Charney of Carrboro, North Carolina, it wouldn’t be the only heartbreak she would have to endure on her way to the ﬁ nish line. Shortly after qualifying for the 2015 Boston Marathon, Amy was diagnosed with breast cancer, and the treatment plan would include months of chemotherapy. But running was her passion, and she was determined not to let her diagnosis keep her from a lifelong goal.

At UNC Lineberger, we are motivated by patients like Amy. That’s why we invest in physicians, researchers and clinical programs that can propagate the latest and most life-changing treatments. With hundreds of clinical trials, our research enables us to attack specific forms of cancer as strategically as possible, and in Amy’s case, this meant a chance to toe the starting line. At the UNC Breast Center, experts work together to bring the latest in diagnostics and treatments to bear on a patient’s cancer. This prowess led Amy to world-renowned specialist UNC Breast Center’s Lisa Carey, M.D.

Amy’s clinical trial involved a targeted chemotherapy drug called trastuzumab emtansine that goes only to the cancer instead of throughout the body. Known as a “Trojan Horse” treatment, it has fewer side-effects that the typical aggressive regimen. And it allowed Amy to take on the 26.2-mile race while undergoing treatment. 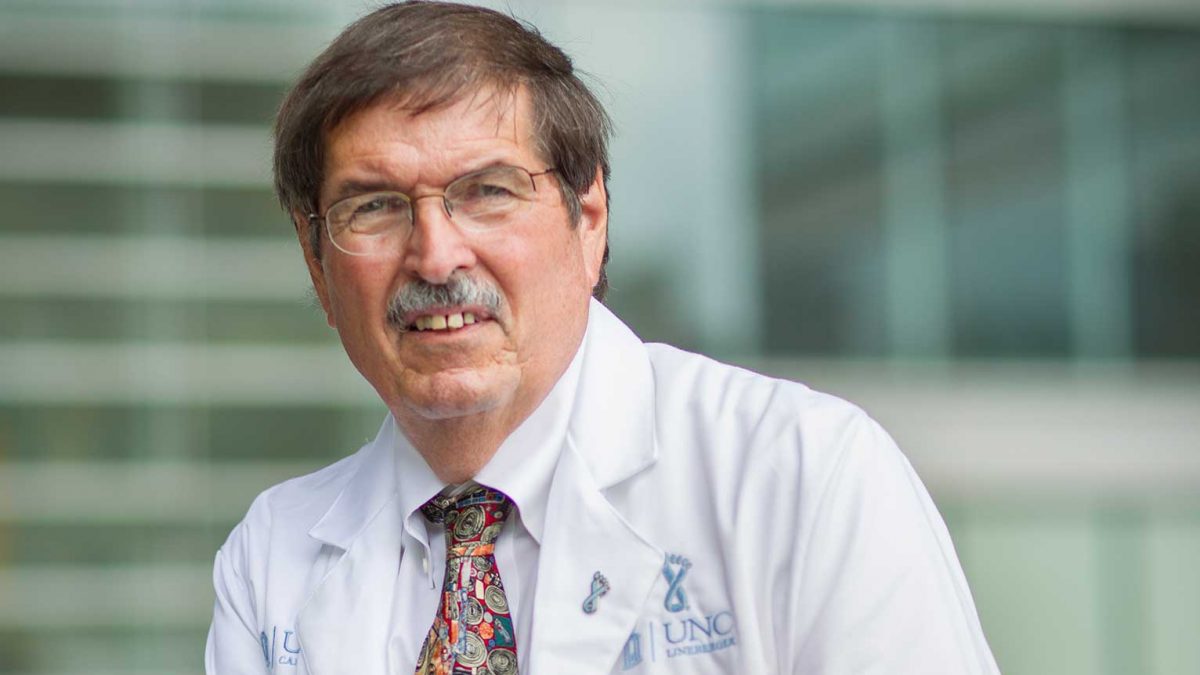 As a nationally recognized cancer researcher and current director of UNC Lineberger Comprehensive Care Center, Shelton “Shelley” Earp is as comfortable in the lab as he is cheering for the Tar Heels in the Dean Dome.